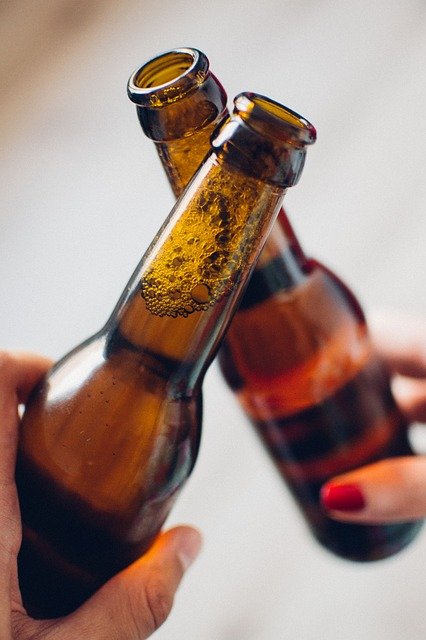 In the late 1990s, Sonny Patel owned a gas station business. After he began selling beer at the gas station’s store, another business owner in the area, who had owned a beer store that had been in the area since 1964, approached him.

“He contacted me and said, ‘I’m buying your business or you’re going to buy my business.’ And we made a deal. I ended up buying his business, and that was my first beer store or beer beverage business, in 1999.”

Back then, Patel didn’t even drink beer. But he eventually warmed up to it. A group of friends who frequented the Monticello bar The Nugget to share beer with each other would come to Patel’s store with the empty cans or bottles afterward and ask Patel to get the unique varieties of beer for the shop.

“At that point, one of the customers that was a friend, he comes in one day and says ‘Sonny, have you ever tried this beer?’ Patel said. “And I said, ‘No, I don’t drink.’ He says, ‘I want to buy this beer for you. I want you to try it.’ I tried it. I loved it. I couldn’t wait until he came in next time so I can ask him what to try next. That’s how it got into my mind, and I became more passionate about bringing thousands and thousands of different beers in our store. And that’s when the first Beer World was born.”

Patel became passionate about bringing a huge variety of beer to his stores, even those that other beverage center owners feared wouldn’t sell well and therefore wouldn’t carry. Today, Beer World boasts a variety of over 4,000 unique varieties of beer, ranging from average $1 cans to almost $300 for a single can for high-quality, extremely rare beers. Beer World locations now have anywhere from 16 to 24 beers on tap for customers to sample in-store, along with crowlers and growlers.

On a trip to Canada, Patel drew inspiration from the Beer Store, a beer, wine and cider seller with hundreds of retail stores and government-owned retail locations, established in 1927.

“I learned a little bit from there and made our own concept, in a way, to take it to next level from what they had done. And that’s how we started working on Beer World projects.”

Beer World now has 13 locations around the Hudson Valley and grows by roughly one or two stores every year, according to Patel. Currently, a new Beer World is in the works in Chester, along with one near the Woodbury Common Premium Outlets. Despite the universal appeal of beer, Patel focuses on developing the brand further within the Hudson Valley, and also emphasizes the promotion of local breweries, of which there are many locally.